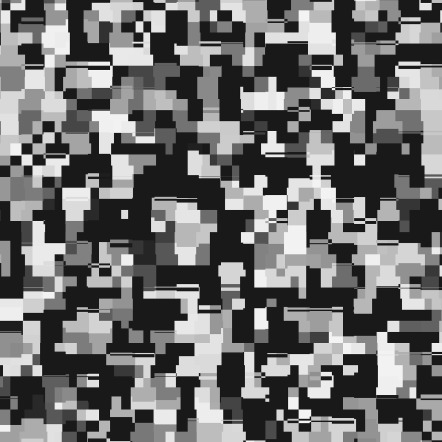 Riley watched her boyfriend as he masticated like a cow chewing its cud on the sofa beside her. He was so focused on his smartphone that he didn’t notice the daggers shooting at him from her eyes. If looks could kill, he would have felt his heart tighten in his chest just before he kicked the bucket. Which was ironic, because Riley had decided to kill him.

It wasn’t that he was a bad boyfriend. Charles was, in fact, the best boyfriend she had ever had. He was sweet and attentive and rubbed her feet whenever she wanted.

But he was So. Fucking. Loud.

The chewing was just the tip of it. There was the way he constantly sniffed like a coked up 90s Wall Street banker. The way he stirred his tea like he was trying to start a hurricane in the cup, followed by the teeth grinding slurping of the hot brew. You could practically see the liquid walking up a tiny invisible staircase as he slowly but loudly dragged it from the cup into his mouth. The smacksmacksmack of his lips when he found something particularly tasty.

That weird gargling thing he did in the back of his throat every morning, the one that made him sound like he was choking to death or practicing Swiss German.

And most of all, there was the night breathing. When they went to bed, Charles liked to snuggle up close with his mouth right near Riley’s ear and then BREATHE aggressively into it in short, demonic bursts. Like a fruit fly had flown way up his nostril and he was trying desperately to dislodge it, over and over again.

These noises filled Riley with a deep and burning rage. Because she loved him, she had tried several methods of resolving the problem: asking him to be less noisy; yoga; meditation; trying to ignore the noise (which seemed to make it louder and more prominent); leaning in to the noise (which definitely made it louder and more prominent). Nothing worked, and after a year of this, she had no choice. She had to end the torture. It would be easy; she had done it before.

Riley thought of herself as an angel of mercy, attempting to rid the world of people who drove society collectively to the edge of madness. People who smacked their chewing gum. People who rubbed their metal rings on metal staircase railings. The ones who clicked their pens incessantly. Those who hold loud conversations on their cell phones in the train so half the city knows that the doctor still isn’t sure what that rash is and they have to go get a second opinion. And the snot snorters who wouldn’t blow their noses.

Riley thought of herself like Dexter, the serial killer who only killed other serial killers. Morally reprehensible? Yes. But ultimately, doing the world a tremendous favour. And didn’t we all kind of root for Dexter, in the end?

Unlike the Showtime character, Riley was the picture of doll-like innocence with her small frame, blonde hair and wide emerald eyes. She couldn’t lure anyone to a kill room and hope to get the upper hand, she just didn’t have the upper body strength. Instead she relied on her vast knowledge of chemistry and her access to a range of poisons from her job as a scientist at a pharmaceutical company.

She also hadn’t left quite as large a trail of destruction behind her as the fictional serial killer. There was her co-worker, Sarah, whose relentless thrumming of her fingers on her desk had forced Riley to slip a few drops of poison in her gin martini while they were out at dinner. It turned out to be a win/win for Riley, who was given two weeks’ paid leave to deal with the trauma of witnessing the tragic end of her colleague, “taken too soon” by a freak “coronary failure.” She and Charles had spent the time “recovering” in Bali.

There was her ex-boyfriend Steve, who had a weird tic that made him clear his throat constantly every minute of the day. She had poured a little something in his ear as he slept and then dissolved his body with lye in the bathtub.

And there was her cousin Moby, who would not ever stop whistling no matter the hour or occasion. She had injected him between the toes with belladonna while he slept at the family reunion.

And now, on this sunny Saturday Spring morning, she had decided to do away with Charles, who was simultaneously banging his lips against each other like he was playing mouth maracas in a Mexican band and stirring the crap out of the tea from which he intermittently slurped. Riley leaned over to give him a kiss on the cheek and as he turned to face her, she deftly dropped the poisoned pill she had prepared for this purpose into his teacup.

“Ah, I have something for you,” he said, suddenly, reaching beside the couch and bringing up a cheerfully wrapped box.

“Really? But what for? It’s not my birthday!”

“Well,” he said, as Riley eagerly ripped off the wrapping paper, “I know how sensitive you are to noise and I know I sometimes drive you crazy, so I got you something that might help.”

She pulled out the pair and slipped them over her ears. She looked at her boyfriend, who looked back at her as he once again started to aggressively stir his tea. But all Riley heard, was

Her face broke out in a grin to match his. She reached over and took his cup.

“This tea is old my darling. Let me make you a fresh cup,” she said, as she took the poisoned brew to the kitchen to throw it down the drain.

One thought on “Miss O’Phonia”